The Department activity for Community Engagement is focused on the following actions: A) Third Party Activity, B) Public Engagement, C) Training, D) Networking 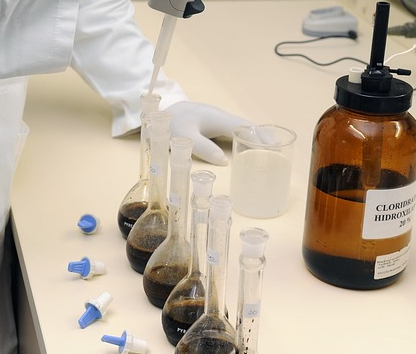 The DSC’s Direction has activated and will activate several actions to cut local and regional industries in the Department’s expertise, to exploit the possibility of collaborating effectively with external research and/or consultancy contracts. Recently, the Department has signed a protocol with Confindustria Sicilia where the guidelines for this cooperation are indicated. One of the most ambitious goals in this document is the creation of a PhD School in Industrial Research, managed jointly by the University and Industry. One of the proposals that will be formulated by the Department is the creation of Certified Chemistry Analysis Laboratories to meet not only the needs of various industries (product analysis, smoke, etc.) but also to support Courts (probative trials), Prefectures and even private individuals. In this respect, the Department has already signed several agreements with several magistrate's courts (Siracusa since 2015). Other conventions are in the process of being defined.

The DCS is actively involved in public engagement activities, among which can be mentioned: the organization of the Games of Chemistry, Open Day (download the ppt for OpenDay2017) and Scientific Week annual events. Concurrently, initiatives are being taken at regional level in terms of orientation towards students and also the thematic schools mostly addressed to the teachers. In addition, an agreement with the Order of Chemistry is active since several years, which is realized in two courses offered to bachelor’s and master’s degree students. Courses include the deontological, legislative and applicative aspects related to the Chemistry profession.

For several years, the Department has been headquartered in the ‘Piano Nazionale Lauree Scientifiche’ (download the activities list for A.Y. 2016-18;  NEW: CALENDAR OF ACTIVITIES PNLS CHEMISTRY UNICT 2018/2019)) and other dissemination and educational activities for High School Teachers.

The Department has an intense program of continuous cultural exchanges with several foreign partners of prestigious Universities. 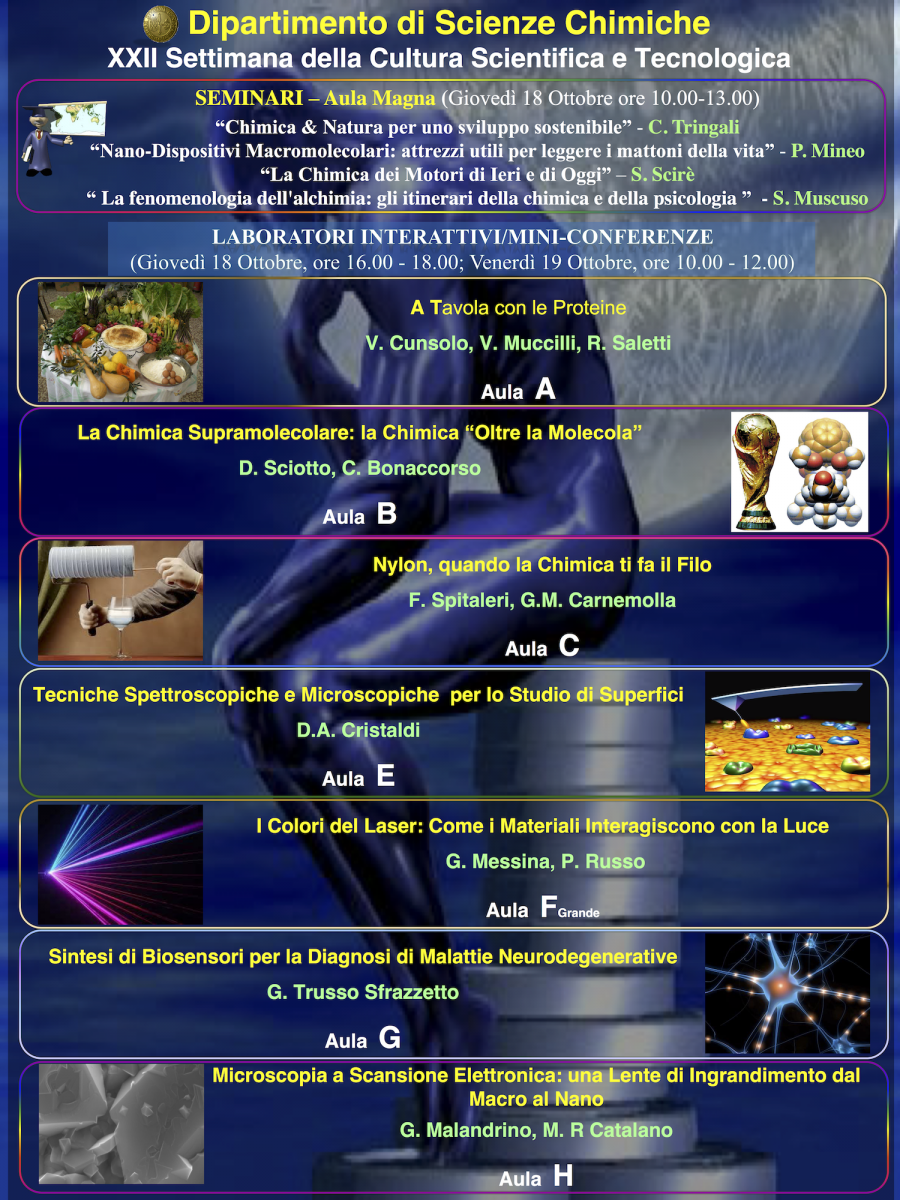 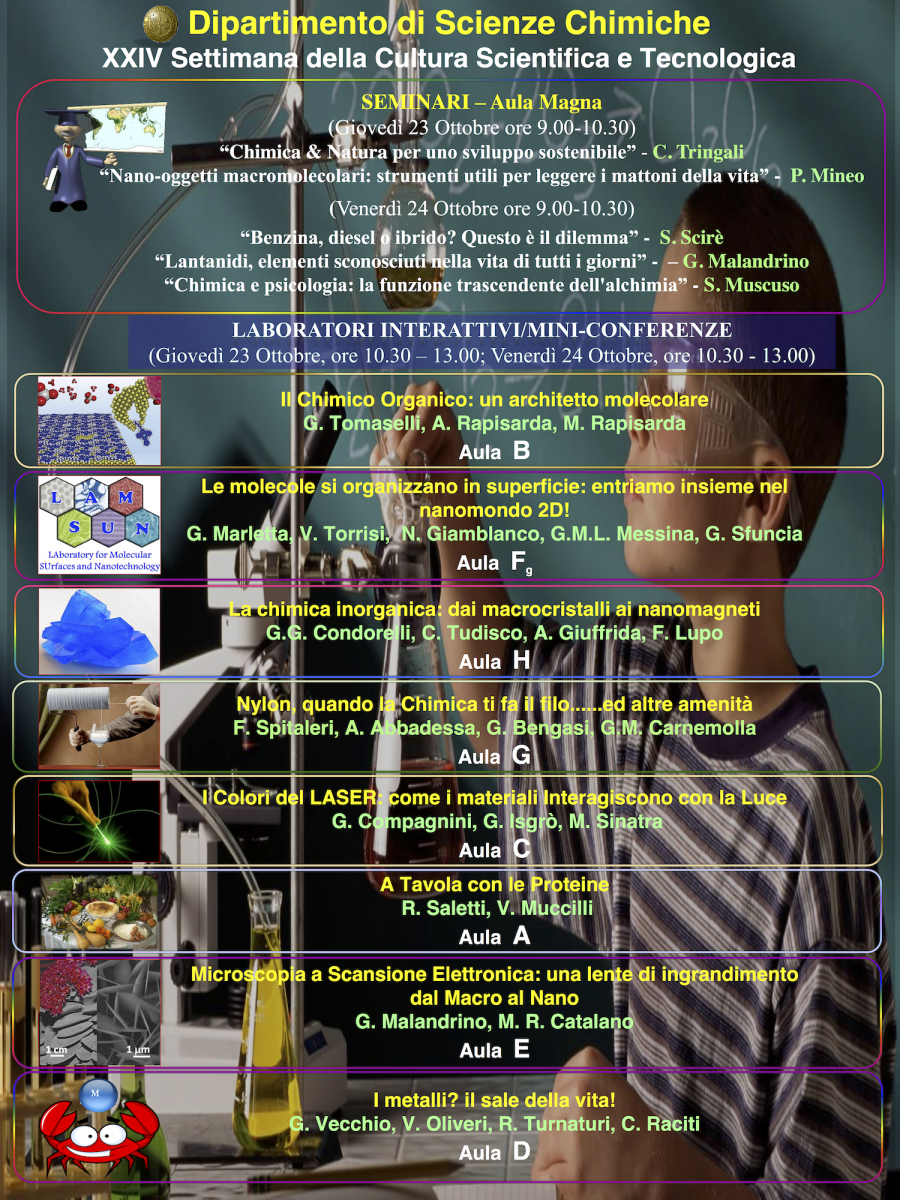