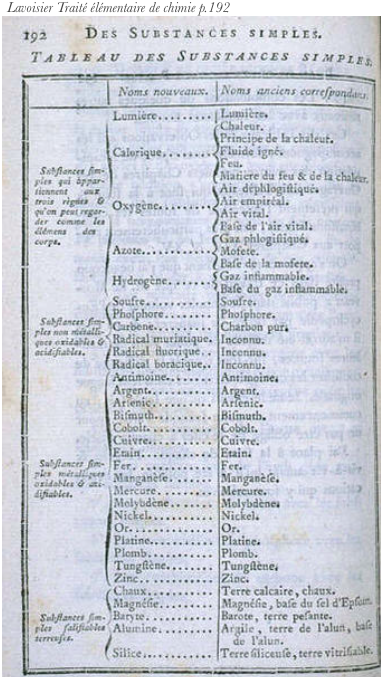 Chemical studies have been active at the University of Catania since the late 1700s. We find a precious volume of prof. MIRONE (Full Professor in Chemistry at Catania), printed in Catania already in 1797, containing the translation of a book of chemistry published in 1796 in Paris, due to Fourcroy, Lavoisier's collaborator. The Institute of General Chemistry was headquartered, until 1916, on the first floor of the Palazzo dell’Università, where one of the classrooms still identified as "Aula di Chimica". From 1875 to 1900 there had been in Catania illustrious chemists, almost all students of Stanislao CANNIZZARO. 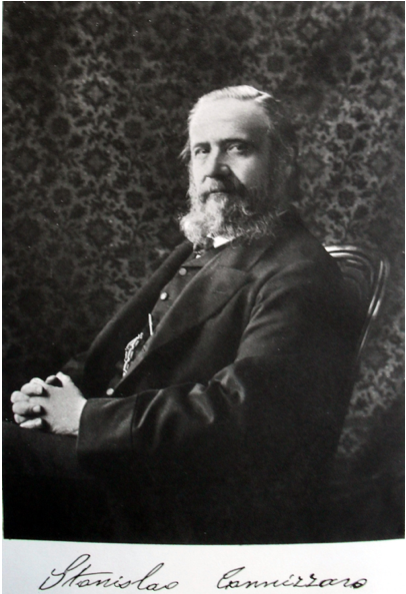 In March 1895, prof. Giuseppe GRASSI-CRISTALDI takes the lead of the Chemical Institute. He dealt with synthetic and structural organic chemistry, resulting in a remarkable contribution to the delineation of dihydrosantinic acid derivatives. He also worked on urotropina and derivatives, and on analytic problems regarding the essence of lemons, the waters of neighboring countries in Catania and the analysis of lava rocks. In the direction of the Chemical Institute, Grassi-Cristaldi was preceded by Alberto PERATONER, a student of Cannizzaro too, who distinguished himself for his organic chemistry research, which involved the reactivity of phenols and ketones and the synthesis of new organic compounds.

In the years 1900 to 1936, very few chemistry works appear on the magazines of the Accademia Gioenia: in 1938, Angeletti published some of his work on the constitution of some natural substances extracted from plants. Immediately after the war, prof. Bruno FORESTI was called to become Full Professor on GENERAL AND INORGANIC CHEMISTRY. The Chemical Institute was still in Via Androne, and Foresti lived there. He was burdened by several general Chemistry courses, which were different for the students of Physical Chemistry, , Natural Sciences and Engineering. He organized the laboratories and general chemistry courses at a modern level. Foresti created a large group of students who devoted themselves to make research on electrochemical and analytical chemistry (S. Musumeci), synthesis of inorganic compounds (G. Fichera, S. Gurrieri, A. Seminara), catalysts (G. Romeo) , photochemistry (G. Condorelli).

ORGANIC CHEMISTRY and PHYSICAL CHEMISTRY had now reached a very large development, and it was not possible to limit the teaching of a single kind of chemistry (Foresti). In fact Prof. A. GIACALONE, student of distinguished prof. Oddo in Palermo, was called to teach those two disciplines. The new Institute found itself in the Palazzo delle Scienze, a site of truth unsuitable for a chemical institute. As a successor to Giacalone, the Faculty called a young professor in Bologna, Riccardo PASSERINI, who was assigned the teaching of INDUSTRIAL ORGANIC CHEMISTRY, also in charge of the teaching of Organic Chemistry. The aim of the faculty was to broaden the spectrum of chemical research cultivated in Catania, to include those of INDUSTRIAL CHEMISTRY. This was to respond to the land's interest in the recent establishment of PETROCHEMICAL INDUSTRY in Syracuse area. It was assigned to Passerini a large room at the Palazzo delle Scienze, vacated by the Institute of Physics. Passerini "inherited" also some assistants from Organic Chemistry of Giacalone (G. Purrello and G. Zerbo), and others moved from the Faculty of Pharmacy of Prof. Andrisano (F.Bottino, A. Arcoria).

In addition to scientific contacts with Bologna, his home location, Passerini established collaborations with international institutes, for example the University College of London, where Passerini had worked and whose director, Sir C.K. INGOLD, one of the most famous chemists of the time, came to Catania several times participating in ongoing research. Passerini's great merit was to promote the establishment of the Degree Course in INDUSTRIAL CHEMISTRY (1960), and to welcome industrial executives in the teaching board. In those years saw the leaders of the chemical plants of Priolo, Siracusa and Ragusa, to hold official courses of industrial chemistry, with great profit from the students and the level of studies. Research into industrial chemistry was also increased: in 1958 the Laboratory of 'PETROLCHIMICA' was established and in 1962 the Laboratory 'POLIMERI' was opened. These structures, together with the existing laboratory of 'SOSTANZE COLORANTI', were milestones of the Institute of Industrial Chemistry in Catania.

Continuing in the policy of strengthening chemical disciplines, in 1957 the Faculty of Science called prof. Antonio FOFFANI to fill the teaching of PHYSICAL CHEMISTRY, which had remained vacant after the transfer of the Giacalone. Foffani stayed 4 years in Catania, and began researchs on polarography, infrared spectrometry and mass spectrometry. He had collaborations with the headquarters of Padova, where he came from, and managed to put together a good research group, which he took with him to Perugia and then Bologna. The Faculty hastened to name its successor in the person of prof. M. FAVINI, from the School of Theoretical Chemistry in Milan. To complete the range of chemical disciplines taught in Catania, in 1966, he was called, from Naples, prof. Mario PIATTELLI at the Chair of ORGANIC CHEMISTRY. Piattelli, who had been at the renowned Naples Natural Resources School, stayed in Catania until his retirement (1998), and developed a wide-ranging research on the structure of natural organic substances using advanced methodologies; of particular interest for the territory there are the studies on Mediterranean algae, conducted in collaboration with the Botanical and Zoological Institutes of Catania, which constitute a fine example of scientific synergy and interdisciplinary research. As far as general and inorganic chemistry is concerned, it happens to prof. Foresti was called in 1963 by prof. Vittorio CARASSITI, who managed to set up a photochemical research group. After  Carassiti there was prof. A. FERRO (1963-69), who arrived in Catania with a group of his collaborators from Genoa, a major metallurgical city, and with them he departed when he was recalled in Genoa. Passerini moved to Venice in 1971, and in his place he settled the prof. A. ARCORIA, expert in color chemistry.

The situation that emerged in Catania since 1967 was heavily influenced by logistical factors, namely the construction of a true chemical institute. In fact, chemical institutes were placed in a single building, located in the new Cittadella universitaria of Viale Doria. Four distinguished and well-organized institutes formed, corresponding to the traditional: General and Inorganic Chemistry; Organic chemistry; Physical Chemistry; Industrial Chemistry. Over time, the contiguity of the Institutes, communion of services, the common library, the management of teaching and the two degree courses, inevitably led to the merging of the four institutes. This happened with the establishment of the "Department of Chemical Chemistry and Industrial Chemistry" in 1978. It will take a few years for the situation to evolve into a Department of Chemical Science that will only take place in 1984.